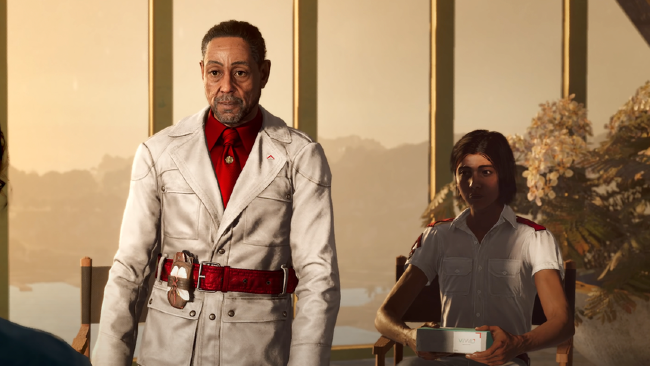 I abruptly stand up as he comes to me. I offer him a hand, which he tightly shakes. His charisma commands respect. He addresses me in perfect English, devoid of any accent.

He doesn’t smile at my question. Feeling an insistent gaze on me, I lean over to look behind him. The kid follows him. He’s dressed the same way, like a carbon copy of his father. Behind him, Ramiréz stands straight as an i. He doesn’t look totally at ease, although he told me he was close to the leader.

I move to offer my hand to the child. He limply grasps it.

His gaze is a mixture of fear and defiance. For a moment, I wonder if he respects his father or if he obeys him out of simple submission.

My spine tingles as I think of the cold kitchen floor under my knees, the shrill whistle of the lash brushing against my ears and landing on my bare and already bruised back. I can’t hold back a grin, which certainly doesn’t escape the kid.

I turn around to face the stern man. He signals me to take my place on the white leather sofa. I do so, while he sits across from me, the kid and Ramiréz each taking a seat next to him. He clears his throat before speaking.

— Oscar explained that you were an information expert.
— Well, that’s a big word.

— Let’s just say I have a certain talent for listening to heavy confessions.
— That’s perfect. I have a few friends here who need to ease their conscience. Unfortunately, my soldiers are not good at listening. I would be infinitely grateful if you would share your expertise with us.
— Do I have a choice ?
— Of course you. But I understand that using force doesn’t bother you at all. We have some recalcitrant rebels in our cells just waiting to be subdued.

A Machiavellian smile appears on my face.

I hold out my hand again in agreement. Out of the corner of my eye, I see the boy’s face turn pale. Castillo shakes vigorously my hand, then heads for the front door. We all get up to follow him, while he explains the rest of the program as we walk.

— Good. Let’s have a meal cooked by one of the greatest chefs on the island. Then I’ll take you to see these rebels and watch you at work.

I realize that Ramirez hasn’t said a word since he burst into the room. Does he know something I don’t ? Is he embarrassed by the situation ? Impressed by Castillo ? He doesn’t seem like the same man he was when we did business in Atlanta. I’m not surprised. I know that many people do not behave the same way when they are in their home country.

We walk through the lavish corridors of the marble building to a reception room, where a huge table has been set up.

I’m not hungry. I’m impatient. I inwardly smile at the thought of what comes next.